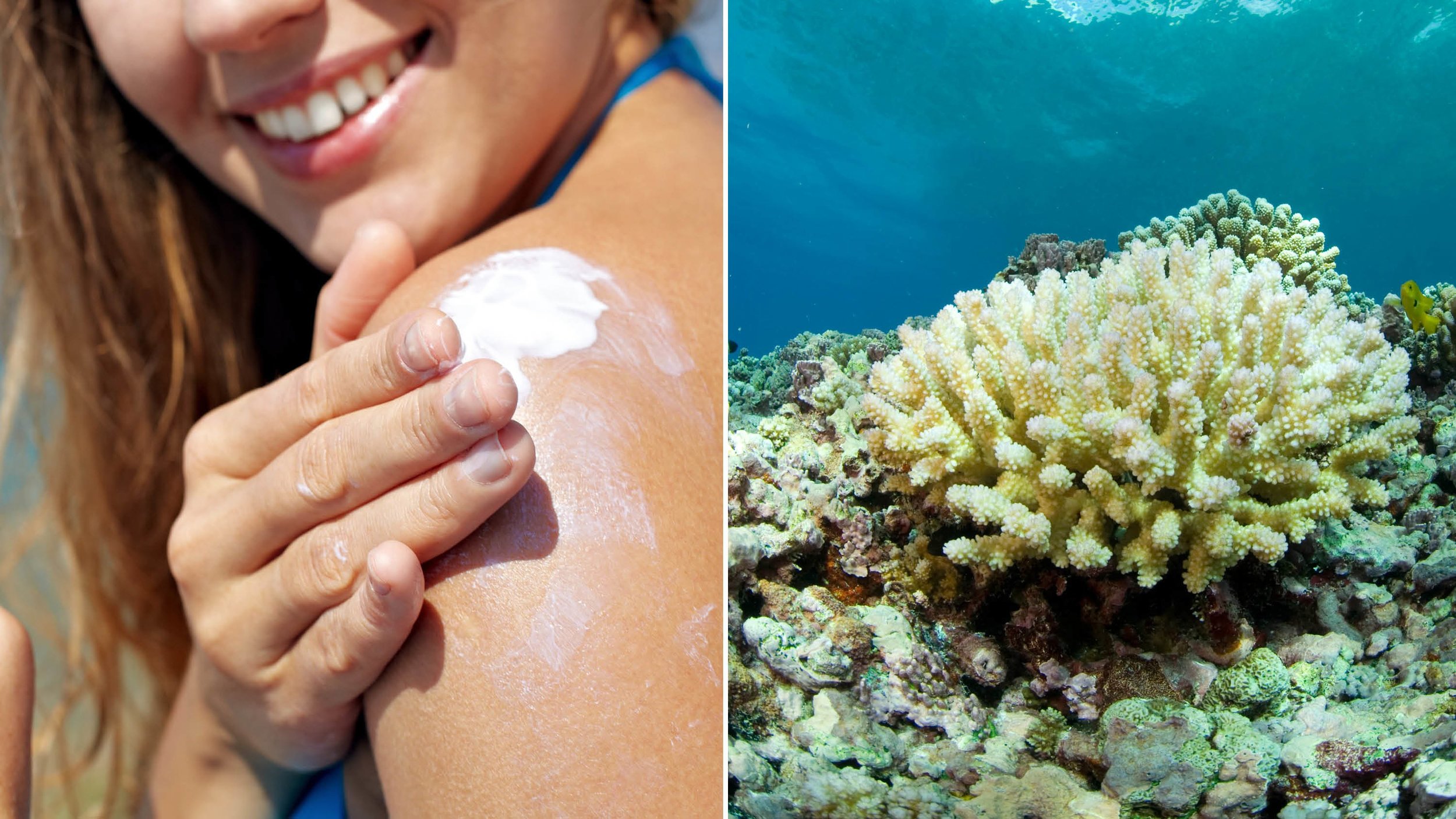 Sunscreen Chemicals Are Destroying Coral Reefs & Hawaii Is Banning Them

Oxybenzone and octinoxate, chemicals found in many common sunscreen products, are known to kill coral and marine life.

Oxybenzone and octinoxate are destroying the oceans around the world, according to scientists whose research has shown that the chemicals break down coral by leaching it of nutrients and disrupt the development of fish and marine life, like sea urchins and algae.

About 14,000 tons of sunscreen lotion ends up in coral reefs around the world each year, according to a study published in 2015 in the Archives of Environmental Contamination and Toxicology. The highest concentrations of sunscreen were found in tourist-filled beaches, like many in Hawaii and the US Virgin Islands.

In Hawaii, a study conducted last year by the nonprofit Haereticus Environmental Laboratory at the iconic snorkeling spot Hanauma Bay found that the nearly 2,600 average daily visitors left about 412 pounds of sunscreen in the ocean. The damaging effects of sunscreen can occur in concentrations as low as 62 parts per trillion, which is equivalent to one drop of oxybenzone in six Olympic-sized swimming pools.”
Article by Buzzfeed News Reporter.

Choose a physical spf without the harmful chemicals.

Pro tip:
– Copy and use this article above by Buzzfeed News Reporter, laminate and use in retail area to promote the use of physical SPF.
– High light the Image Prevention+ physical spf products.
– Pair with sun hat, shades, rolled beach towel and Image Summer Tote for display
– Image tote special coming on May 15th.

5 Tips for Getting 5-Star Reviews for Your Spa